Livvy came home from school yesterday and told me that a boy in her class had said to her, ‘I wonder what it’s like to have XP, I bet it’s boring!’

I don’t think I need to tell my dear readers how protective I am as a mother, protecting my children has become my number one job in life, not just protection from fatal UV light but also the comments and emotional upset that goes hand in hand with XP. I asked Livvy if she thought having XP was boring, she shrugged her shoulders and said she didn’t know. Eddie piped up for her and declared ‘it’s not boring, not really!’

I have before talked about XP and how XP is Livvy and Livvy is XP, they go hand in hand, one can’t exist without the other, its genetic, this is Livvy and always will be. That’s not to say that’s all there is about Livvy, there is so much more to Livvy than just XP. Having said that its always there, you can’t get away from it no matter how hard you try. So, to say XP is boring in some ways is like saying Livvy is boring, and she is anything but boring. I can’t think of a word that least describes XP other than boring. I guess through the eyes of an eight-year-old boy not being able to expose any part of your skin to the sun could be considered boring, I mean Livvy does often opt to stay inside during break time and I guess that could be seen as boring.

My aim of this post was to list all the none boring things about having XP, but as you can imagine the list is long and vast. I could describe every aspect of being a child in modern Britain and how ‘none boring’ it is, as that is what it’s like for Livvy having XP, she’s just a normal child enjoying the innocence and magic that comes with being a child.

I think what makes XP the total opposite of boring are the adventures we get up to after the sun has set, once the last ounce of UV has left the sky. How many eight-year olds have walked barefoot across a moonlight beach with not another person in sight? Leaving a trail of glow sticks to light their way back up to the dunes where they left the car. You may read this and think ‘well we’ve not walked at night but we have walked during the day, what’s the difference?’ It’s like a different world at night, your hearing is heightened due to the lack of light, you ears pick up the sound of the ocean beating against the shore like it’s the first time you’ve ever heard it. The sand beneath your feet is wet, and so so cold yet soft and comforting at the same time, it calms your sole from your toes all the way up your body in a way that you can only understand once you’ve stood holding hands with someone that can’t feel it during day light hours, stood in silence soaking up every sense before the sun returns. That doesn’t sound boring to me.

I could tell you about our ‘fire’ nights, filling our fire pit in our night garden with wood, toasting and eating marshmallows until we feel sick. Lying back in our hammocks with the warmth and crackle from the fire drifting up all around us, watching each of our neighbours’ lights flick off sending us into a deeper darkness as we welcome in a new day, falling asleep under the stars waving to the international space station. Being carried up to bed in your daddy’s arms before the sun rises and welcomes a brand-new day. That doesn’t sound boring to me.

I could tell you about our night time bike rides, setting off at dusk with the last of the days light to guide us to the forest before we are plummeted into total darkness with only our bike lights for guidance. Following the bike trail, listening to the owls so loud in the darkness. The forest is an amazing and magical place during the day, but at night it’s like no place on earth, the sounds and smells are nothing like during the day, the haze lifting from the forest floor as dusk sets in and the temperature drops. We stay so close together helping each other, knowing if we get lost in the darkness we truly are lost, an excited fear driving us faster along the bike trail, nothing looks the same as when we’ve been in the day, we’ve been on the same track a thousand times during the day but at night it looks and feels so alien. Hot chocolate to warm our hands when we get home, adrenaline still running through our bodies as we laugh and joke about how scared we felt, how amazing it felt to be alive and see the forest in a way not many have experienced.

I could go on and on describing a million things that XP has taught us, a million things that XP has allowed us to see, a million things that we would never have done if XP hadn’t plagued our lives. As my dear readers will know it’s not been easy, my heart has broken a thousand times, I have cried so much that I thought I would never stop, I’ve watched my only daughter cry herself to sleep and hear her question her own existence on earth. I’ve watched my son, Livvy’s brother, step up to protect Livvy with something more than a sibling bond, he’s seen her pain, lived every second with her, he’s heard her cry at night, XP has changed us all.

So, I hope you will agree, XP is many things, but boring it is not…. 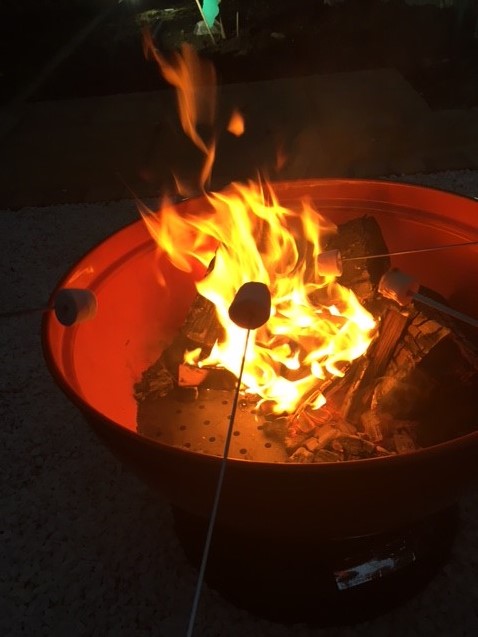