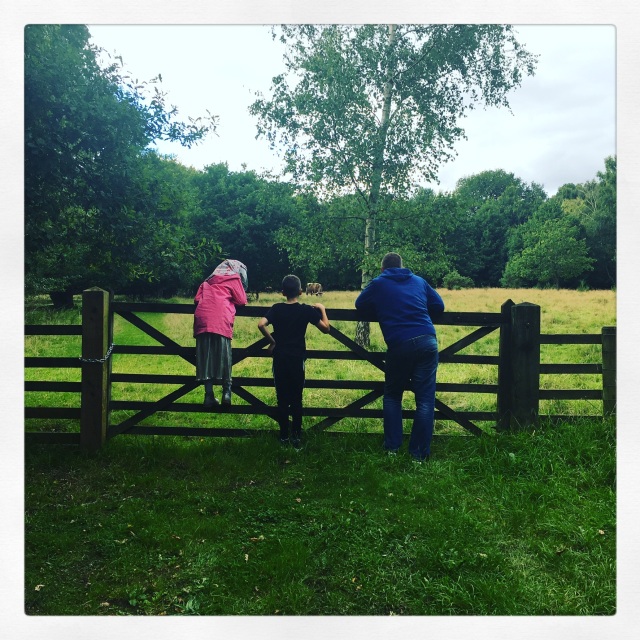 I’ve been a bit silent on my blog for the past month, I guess it’s because the children are on the summer break and it’s hard to find time to settle down and write anything without one of the children wanting to play uno or some other game that takes my attention away from writing. Having said that I have started to write a few posts as the weeks have rolled by but for whatever reason I never finished them.

So what have we been up to during the summer holidays? The first week of the holidays is always a special week as Livvy’s birthday falls during that first week. The children’s Uncle and Auntie visited, spending Livvy’s birthday with us, the children adore their Uncle but don’t get to see him so often due to him living in Scotland, a long 8 hour drive from our home to his.

Do you ever feel like sometimes life gets so busy that it just glides on by without you being able to fully appreciate a conversation or a phone call? Thats how it was that first week of the summer break, a busy fun packed few days of birthday celebrations with friends and family, staying up late playing silly party games and eating far too much cake and for the adults far too much wine consumption. But as the dust began to settle as the following weeks have passed us by it not only gives me time to reflect on a busy birthday week but has also allowed me to recall the phone call which I received on Livvy’s birthday and the emails and conversations that followed.

Nothing surprises me any longer on our XP rollercoaster, and having waited 4 weeks for Livvy’s last biopsy results from her recent surgery we could have guessed with our luck when it comes to XP that the phone call would come on her birthday. In some ways, as I was so distracted and not able to fully appreciate or absorb the phone call at the time it helped me to process the information slower meaning that it hasn’t hit me as hard as on other occasions, or maybe it’s because the children are now on the summer break and I know I can keep Livvy safe from UV light. One of the hardest things I have found, is having received a phone call confirming more cancers, to then, the following day leave her at school under someone else’s watchful eye. Having her close to me I know she is safe and no harm will come to her.

Her recent surgery revealed more basal cell carcinomas, one of which hasn’t been fully removed which will mean more surgery in the next month or so. I’m not shocked or surprised, I wouldn’t say I feel ok about the prospect of more surgery but it was inevitable.

Sometimes when our XP world seems to be spiralling out of control and it’s hard to see a way forward there is a glimmer of hope through the dark and grey rain clouds. We have conquered the first four weeks of the summer holidays with school opening its doors once again in just over two weeks time, almost everyday we have been outdoors playing! Jumping in wet puddles with water flowing over the top of our wellies, scooting all the way to our local country park with the threat of rain hanging over us, conquering the biggest climbing frame in Sherwood Forest with the pine trees hiding us away from not only UV light but also the rain and dark clouds.

The first week of the summer holidays and the weeks that follow normally consist of days indoors, at home. Or we might venture our to the cinema, bowling or a walk round the shops in a local shopping centre, stopping off in a cafe for lunch. The cooler weather has meant we’ve been able to embrace the summer break with freedom, I truly hope the remaining two weeks remain the same. I hear people talking, or read captions on Instagram of people moaning about the weather, asking where the summer has gone, saying it feels like autumn. I’ve learnt to just nod and smile, there’s no point getting into a conversation with a stranger about how we want the weather to stay just as it is for as long as possible. Our own small relief in what is a crazy fast paced and emotional XP life which we live.